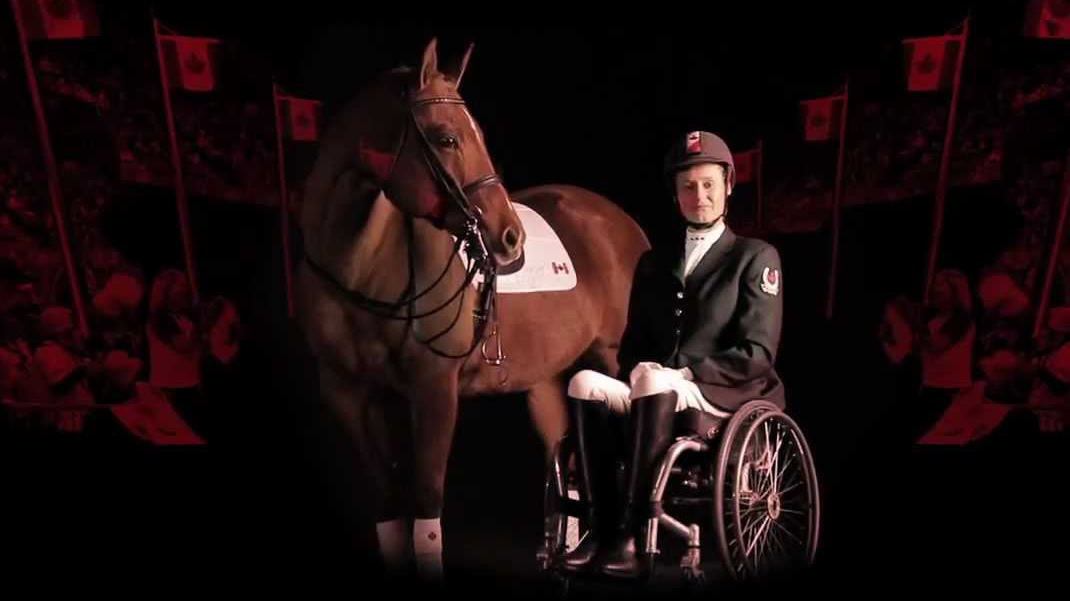 Going For The Gold! Again………

I just returned from a “launch party” for dressage rider and Para-Olympian, Lauren Barwick.

I first met Lauren in 2009 while studying with Pat Parelli in Pagosa Springs, CO. This was just one year after Lauren won gold & silver in Beijing with her beautiful mare, Maile. There was no time wasted for Lauren! She had hitched herself to Pat and was gearing up for the next Olympic games.

In all the years I have known Lauren her commitment to never ending self improvement and being an ambassador for Natural Horsemanship has been an unwavering constant.

My love for dressage and bridging the gap to natural horsemanship drew me to her and she quickly became someone I looked up to on campus. Through the years Lauren has been my; Inspiration, comedian, friend, instructor, mentor and breath of fresh air.

Although neither of us live/study on the campus anymore our paths continue to weave in and out via the Parelli channel.

Lauren now lives in Ocala, FL year round ( 1.5 hours from Valhalla Farm in Lake City) teaching as a 4-Star Parelli Instructor and training for the dressage ring.

Last week I received a text from a mutual friend inviting me to a “launch party” to send Laruen to Rio, where she will compete in her 4th Paralympic games!

To be honest, the thought of driving to and fro on my one day off was a detractor, and caused me to prolong my RSVP. However, my desire to support Lauren compelled me to go last minute and I hopped into the car.

I just got home an hour ago and am still on a high from the party! Hearing Lauren during the structured Q & A was so empowering and I realized afterwards that I was the one who received the gift of support by going to her party.

Lauren graciously answered question after question with this humble confidence wrapped up in layers of gratitude.

I have been wishy-washy regarding my goals in the past and just recently started growing the confidence to state,

“I want to become a highly competitive dressage rider and represent the USA at an international level.”

Growing up a crazy horse girl, I have always felt bombarded with people (mostly non-horsey) asking me “so, are you like training for the Olympics or something?”

I suppose my working 6-7 days a week and moving all over the country left them thinking it had to be for some iconic dream like that:)

Of course if fate would have it, what an incredible honor! However, that is not and has not been one of my personal goals.

Regardless, I am feeling empowered, capable and proud to say that my eyes are set for the international arena and I believe I have what it takes to achieve this!

On the way home I heard one of Pat’s many sayings resound in my subconscious.

I am in no way saying that I am surrounded by turkeys! In fact, it is the group of extraordinary horse woman who have invested in me over the past two years that have cultivated this shift in my self confidence and aspirations.

It is going to be a long road ahead but I am SO thankful for eagles like Lauren Barwick who build me up along the way and just had to share!

Thank you so much for following The Salt Block and go find a way to thank the Eagles in you life today!